Whites Writing Whiteness is a lively website – something new every week, promise! Read WWW research pages via tabs on the main screen. From these, explore the letters and documents provided and analysed in Traces, think through the complexities in the Curiosities documents, investigate the contents of Archives and Collections, and more. Also try the weekly research blogs – these are on a wide range of topics, including theoretical and methodological ideas, shorter reflections and opinion pieces. And use the Search box using names, places, keywords… Read on! 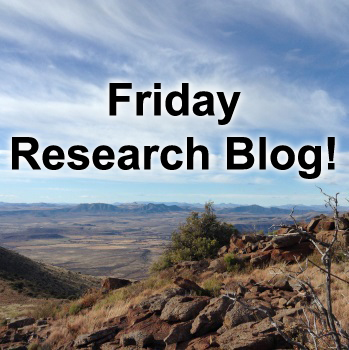 (ESRC ES J022977/1), based at the University of Edinburgh, is concerned with how social change happened in South Africa over the key 200

year period from the 1770s to the 1970s, and in particular concerning the formation and re/configurations of whiteness and its various ‘Others’. A research-based book on this, The Racialising Process, can be accessed here. Whiteness is under the spotlight because of the powerful and almost definitional association between South Africa and what was for a lengthy time its highly structured racial order, which was emergent at the start of this period, and then in its transitional or even terminal stages at its end.

A crucial question about this, and a helpful response, comes from Shula Marks and Anthony Atmore:

“… how has it come about that so small a number of whites has been able to impose itself on a far greater number of African peoples to achieve its present [1980] position of dominance, exploitation and power? It is, however, a question that can be answered only… by seeing the nineteenth century as it happened not as it turned out…” (Shula Marks and Anthony Atmore (eds) 1980. Economy and Society in Pre-Industrial South Africa.London: Longman, p.2)

Exactly the same question can and should be asked about the seventeenth, eighteenth and the twentieth centuries too: how did an initially small and always minority number of white people come to dominate and to institutionalise, latterly in the form of apartheid, a system of exploitation and power over a large black majority? WWW research looks in detail what ‘as it happened’ in South Africa consisted of, by using ‘documents of life’—everyday documents and in particular letters—to explore how white people in South Africa wrote about and represented whiteness and its various ‘Others’, such as African and coloured people, whites of different ethnic and language groups, outsiders and foreigners and so on, from the 1770s to the 1970s.

South Africa has rich collections of historical papers in State, university and local archives across the country. These hold some extensive family, organisational and other collections with contents spanning two, three and sometimes more generations, and other collections of ordinary ‘middling sort’ of white people with contents also spanning long time periods. The contents are replete in ‘documents of life’ terms: they frequently include diaries and memoirs as well as family, friendship and business letters and also other documents; they were written by people of very different backgrounds, European origins, language groups, and economic and social circumstances; and these people lived in very different parts of the country.

Investigating these and related letter-writing networks has enabled mapping in detail how whites went about writing whiteness, and changes in how they did this over time. This has involved tracing out the ‘one thing after another’ seriality of letters from the 1770s to the 1970s. Broad patterns and changes over this period have been explored across a large number of these collections, including detailed textual analysis of many of the composing documents. This adds up to many thousands of documents, from carefully sampled sources, providing a large and rich dataset for the analysis of key research questions.

WWW’s research continues to the end of 2022. Please visit the other WWW pages, which are regularly updated, and also the weekly WWW blog, for more detail.