Please reference as: Liz Stanley (2022) ‘Reservation of Separate Amenities Act 1953: whites only’, https://www.whiteswritingwhiteness.ed.ac.uk/traces/separate-amenities-1953/ and provide the paragraph number as appropriate if quoting. 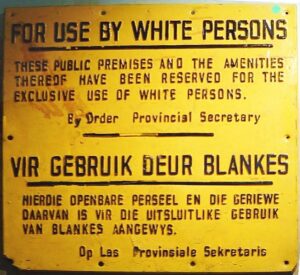